In this episode, we delve into the subject of Endangered Species. This is a logical step from our previous episode about Conservation Status (Episode 68). 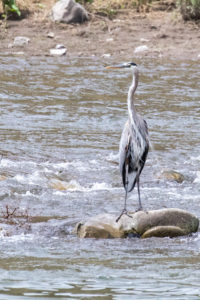 A Great Blue Heron on a rock in the Columbia River. As an eater of many fish, this species could have disappeared due to the concentration of DDT. Photo by Cal Holman – visit www.calholmanphotography.com 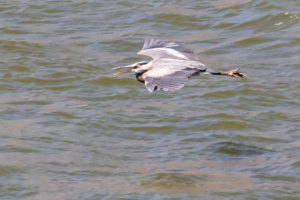 A Great Blue Heron in flight above the Columbia River. Fortunately, Great Blue Herons are not an Endangered Species. Photo by Cal Holman. Visit www.colholmanphotography.com.

Episode 70 is available in three shorter segments, each about 10 minutes is duration.

We jump right into the topic of Endangered Species with a review of the ZooBooks® Issue on Endangered Species. This issue explores the animals in danger of extinction, the causes of their endangerment, and the organizations working to prevent the extinction of species by various means. (We explore what these organization do in detail in Episode 71).

Due to an error in reading the tele-prompter, the opening of this episode is a bit confusing. My comments made it sound like the publication Zoo Books® was responsible for animals being endangered! Of course that makes no sense. My script was written for me to say…

…….but the rate of extinction has increased dramatically since the Industrial Revolution have had a negative impact on the habitats of animal and plant life…..

My words came out something like …..Zoobooks have had a negative impact…. Naturally, I regret this error. I think I was reading a note on my script to hold up the copy of Zoobooks’ Endangered Species edition. I’m sorry for any confusion, and I certainly hold Zoobooks® in high regard.

Since we use birds as examples of endangered species, this episode includes a video about birds – a 10-minute video presentation. We further feature books by National Geographic® that focus on places that preserve habitat for endangered species. We list books with their ISBNs below on this web page. We spotlight birds that have recovered from endangered status – more success stories of the Endangered Species Act and the Environmental Protection Agency (the ESA and EPA respectively). Herons and egrets are good examples, featuring photography by Cal Holman (www.calHolmanPhotography.com).

This episode also features Ducks Unlimited, one of the first private organizations to protect habitat and support hunting regulations for waterfowl. That brings us to hunting and the role of guns, which inspired commentary from host John Letz about the role of hunters in managing wildlife and on the need to limit war-type weapons that allow the murder of so many victims in school shootings.

Germane to the report on an animal, we explore how to find and report the conservation status of animals from Wildlife Cards® and other sources – focusing on the language used for communicating this information.

Science: Life Science: List 3 sources of threats to animals that are considered endangered. Explain what the label of Endangered Species means. List facilities that exist partly to support animals facing endangerment of extinction. Explain the cause/effect relationship between actions by humans and declines in animal populations. Explain the role of hunters in managing wildlife populations.

Social Studies: Give examples of  government agencies that work to support animals that are endangered. List some Non-Government organizations that support wildlife and work to prevent their extinction. Identify sources of information on facilities designed to support wildlife. Explain the concept of habitat fragmentation and programs designed to address this issue. Explain how private individuals organize to address threats to waterfowl. Trace to role of certain economic activity (the feather trade) in the decline in certain bird populations, and the cause/effect relationship in banning that activity.

Books Used in this Episode

We featured a table-full of books in Episode 70. Here are their titles and the ISBNs – numbers that identify them for finding copies.

Animal Kingdoms by the National Geographic Society®.  Subtiled Wildlife Sanctuaries of the World. ISBN 0-7922-2734-4.  Has 200 pages of text and color photos.

Enduring Treasures: National Parks of the World, by National Geographic Society® featuring various writers and photographers. ISBN 0-7922-7864-X ©2000. Has 200 pages of text and beautiful color photos from all parts of the world. Visit www.NationalGeographic.com.

Materials Used in this Episode 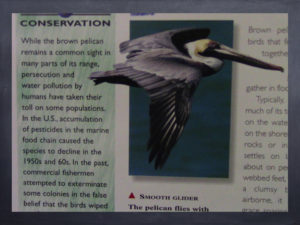 Conservation Status of brown Pelicans can be found in Animal Wildlife Cards. Click slide to enlarge and use back arrow to return to this page. 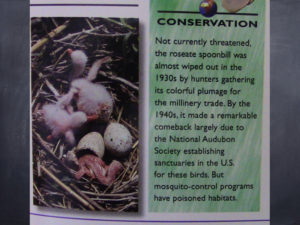 Conservation Status of Roseate Spoonbills. This glorious birds was hunted almost to extinction for its colorful feathers. Mosquito spraying is the current threat. 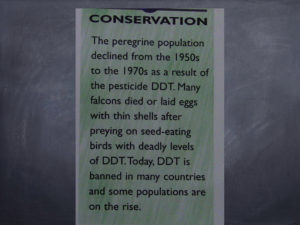 Peregrine falcons were among those birds endangered by the chemical DDT. That chemical was banned by the Environmental Protection Agency (EPA) and the population slowly began to recover. 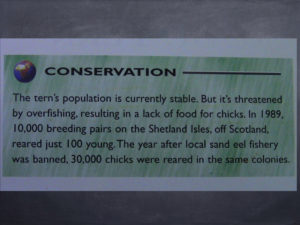 Arctic Terns provide an example of a population that is stable. 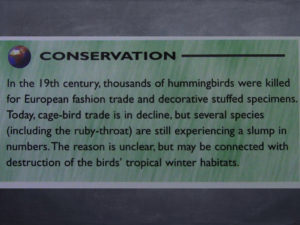 Conservation Status of ruby-throated hummingbirds. While this is from a wildlife card, you can find an animal’s conservation status from other sources, like encyclopedias and from websites of conservation organizations, zoos, and Fish and Wildlife services of the Unites States and various states. 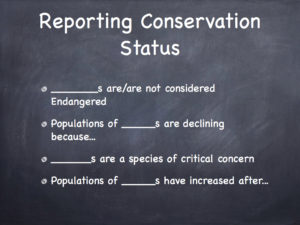 These are a few sentence frames for reporting on your animal’s conservation status.

Watching the Next Episode