Passenger Railroads of Canada! We explore Canada via Rail!  That’s what Episode 30 is all about – that and some tips on writing a report about a country.

We didn’t travel far from our last location in Alaska.  We’re still up North, and we’ll use much of what we learned about writing a state report as we use the possessive form to put sentences together to communicate the features of a place.

Watch the first segment of this episode by clicking here

Use the possessive forms of nouns to vary sentence structure in expository writing. Organize facts into sentences and paragraphs.

As you can see, No apostrophes!

You can practice this by writing your own report on Canada.  Remember the pattern…

Here are the instructional slides used in this episode.  Click the image to enlarge, and use the back arrow to return to this page. 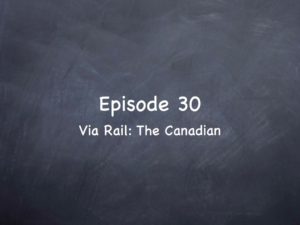 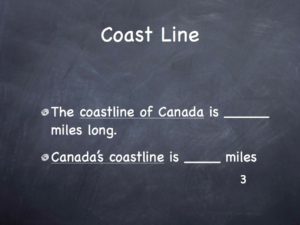 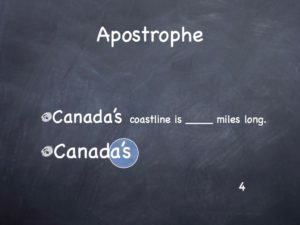 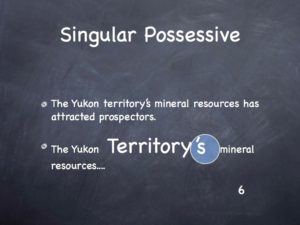 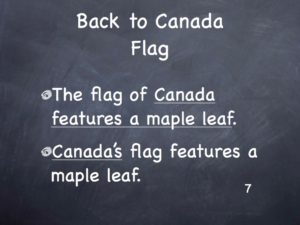 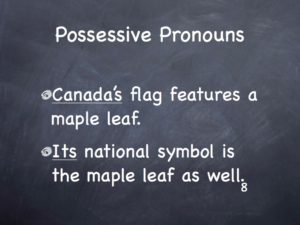 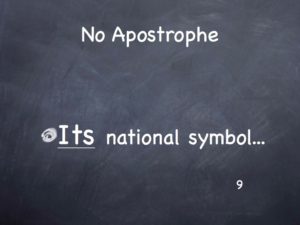 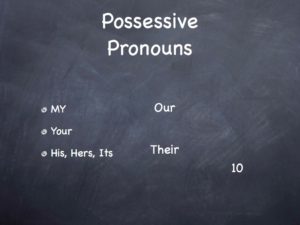 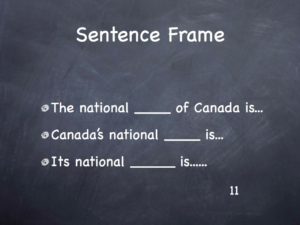 Click here for an article on Canada in Wikipedia.  It’s a good place to start your research.

There are more lessons in English, plus another self-assessment in our next Episode.  Of course, there’s also more great train video. Click on