This episode features 3 different species of bear found in North America, using comparatives and superlatives to communicate the ways these bears are different. We already learned to form the comparative form of adjectives in a previous episode.  This episode goes further – exploring how to compare more than 2 objects.  That’s where the superlative form comes into play. This works when comparing a similar trait. 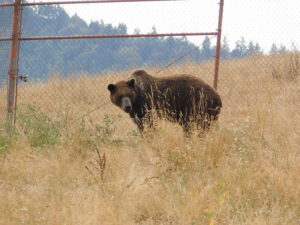 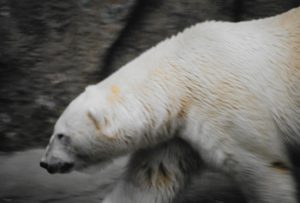 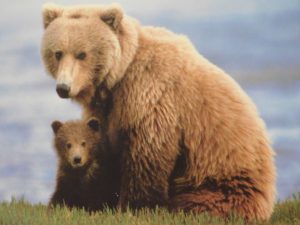 You can view this episode in 3 segments of about 10 minutes.  The watch Segment 1, click here.

You can watch some of the video clips that were used in this episode.

Grizzly and polar Bears are compared in this video. Click here.

Use the superlative form of adjectives to compare similar traits in three or more objects.

Civics: Explain how citizens of a state can bring about legislation to address a problem.  Animal Science:  Explain how trapping can effect impact an animal. Engineering: Describe the features of three typed of animal traps and how they’re used to capture animals. History: Trace the role of trapping in the development of the Northwest region of the United States. Identify the role of Chief Factor John McLaughlin in the settlement by pioneers on the Oregon Trail of the disputed Oregon territory. Explain the motivation of Dr. John McLaughlin in assisting Oregon Train settlers. Evaluate the reasons why John McLaughlin came to be known as the “Father of Oregon.”

We began with a video about Grizzly Bears, subsequently comparing them in size and color to Black Bears.  This allowed us to review the rules for making an adjective take the comparative form. Then we did a three-way comparison between the size and color of Black Bears, grizzly Bears, and Polar Bears.  This took us into the use of superlatives – the form of adjective used for comparisons of three or more similar objects.

The slides we used are grouped below. Click on a slide to make it bigger.  Use the back arrow to return to the Episode 49 page. 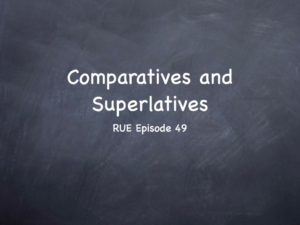 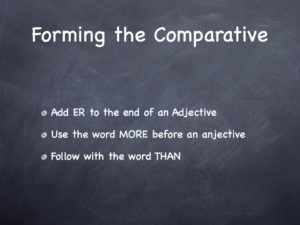 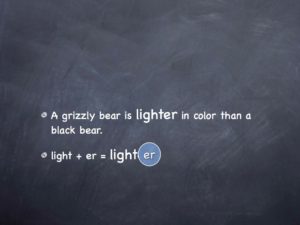 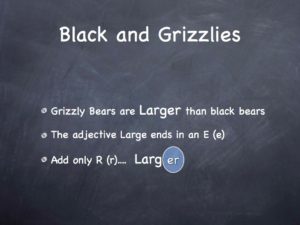 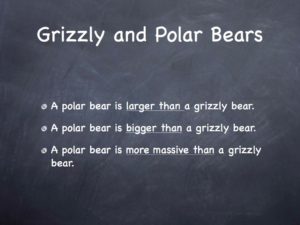 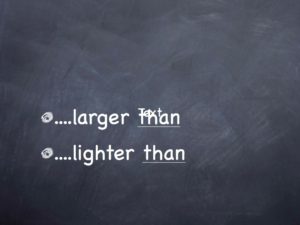 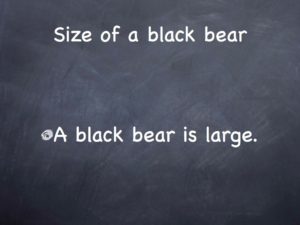 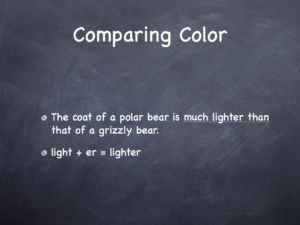 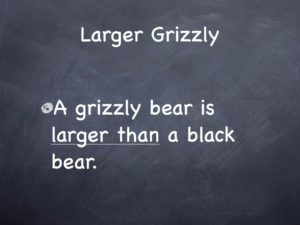 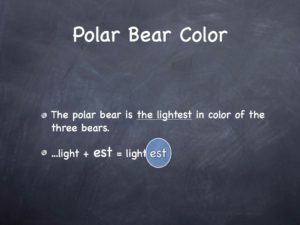 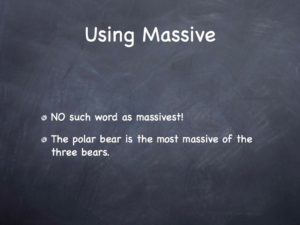 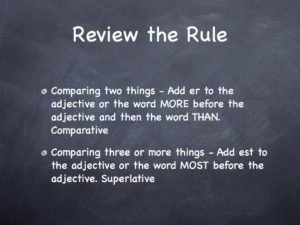