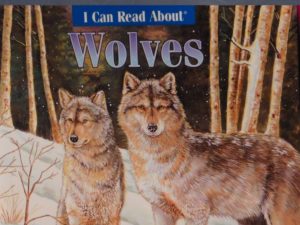 This is a very readable book about Wolves, part of a kit “I can read about Animal Hunters. The book is published by Scholastic. The ISBN is 0-439-86803-3

Whether or not you’ve watched this episode on RVTV, you can watch it now by clicking this link.

You can watch this episode in segment of about 10 minutes each.

See the video about Coaties

How many Latin American Animals can you name? While I think of jaguars first, and then llamas, alpacas, and vicunas, there are many more, and some that may surprise you. This episode looks “south of the border” to find some impressive and exciting animals of Latin America.  It was a great privilege to live in Mexico for a year and to visit South America a couple of times. Neither of those times were dedicated to animals, but I had some profound experiences with animals in the flesh and in Meso-American culture.

Science/Language Arts(Research): Distinguish facts from connecting language in a written resource about an animal’s diet. List facts about the diet of an animal. Identify the role of an animal in a food chain. Identify whether an animal is a producer, primary consumer, or apex consumer. Distinguish between predator and prey. Geography: Locate geographic regions in Latin America using a map, including Mexico, Central America, and South America – including Patagonia. Name at least 6 animals endemic to Latin America.

We begin Episode 55 with some unfinished business from our previous episode about Wolves. We reviewed a book by Scholastic Books entitled Wolves. This book is written at a level that most intermediate level English Learners can at least partially understand – especially given the subject matter of the previous episode and the context provided by illustrations.

In the main part of the program, we featured two at-length videos about animals found in Latin America: Cavies and coatis. We also featured jaguars and listed some animals found in the Andian Highlands of South America. We located information about the diets and the trophic roles of some Latin-american animals, demonstration how to use our sources for locating diet information for animals reports. 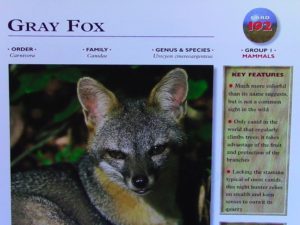 No stranger to Southern Oregon, the gray fox can even climb trees! 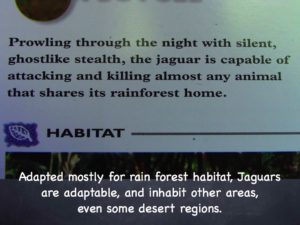 Jaguars are America’s big cat. They’re the apex predator in much of Latin America.

To view the entire episode ad-free, click here for the archive.