This episode should help viewers find information on the Conservation Status of the animal on which they’re writing a report – the subject of their research. 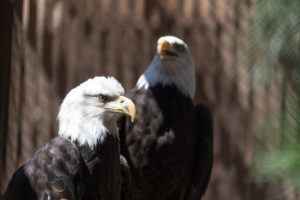 Bald Eagles were endangered by hostile human actions and the pesticide DDT. They were saved by the Endangered Species Act and actions by the Environmental Protection Agency. Photo by Cal Holman. Visit calholmanphotography.com

California Brown Pelicans were on the brink of extinction due to the use of DDT. The pesticide was making their eggs crack before they could hatch. Since DDT was banned by the EPA, pelicans and other apex predators have grown in population. 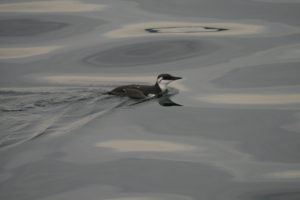 In this episode, we get help from gentoo penguins in reviewing physical and behavior adaptations. Then we drill right into conservation status and the endangerment of bald eagles and California Brown Pelicans due to violence from humans and the effects of the pesticide known as DDT.

The pesticide DDT was banned by the Environmental Protection Agency – an action that likely saved the bald eagle and the pelican from extinction, but that agency is now headed by a Cabinet member who is working to dismantle the very agency he heads. As you’ll see in the episode, we live in strange and dangerous times!

Episode is available for viewing in its entirety on Archive.org. Just click here for an ad-free view of the episode. You can also download it from there. Creative Commons rights apply. Many of the images in this episode were taken by Cal Holman. The quality of this episode would not have been possible without his contributions. You can see his work at Cal Holman Photography.com. I want to thank Cal for permission to use his images in this and other episodes of Ramping Up your English.

You can view this episode in shorter segments – each about 10 minutes long. View Segment One

Describe a cause/effect relationship between an animal’s adaptations and the advantage they give the animal to survive and thrive in its habitat. Explain the cause/effect relationship between pollutants and and declining birds populations for some species. Trace the effects of the Endangered Species Act and the recovery of Bald Eagles and California Brown Pelicans from declining populations.

Science list adaptations of an animal and how they help the animal survive and thrive in their environment. Explain how adaptations may limit an animal in some ways yet benefit them in other ways. Describe the cause/effect relationship between DDT and the animals it affected. Give examples of animals that were negatively affected by DDT, and how they were harmed by it.  Trace the distribution of DDT through the food chain and explain how it affected apex predators.

Give examples of government actions that prevented the extinction of animals negatively affected by human activity. Trace the history of the Endangered Species Act and how it has had a positive effect of endangered animals. Explain the role of the Environmental Protection Agency in reversing the population declines in Bald Eagles and California Brown Pelicans.

Learn about salmon in the Columbia River Watershed.

If you haven’t already done so, find information on the Conservation Status of the animal you’re researching. Take notes, being careful to note any words that designate the conservation status of your subject. We’ll explain all those terms in Episode 71.

In our next episode, we spotlight the role that Wildlife Refuges play in protecting species that are endangered and providing critical habitat for many wild animals. Click here to go to the Episode 69 page.