Welcome to Animal Talk – out 77th episode of Ramping Up your English! 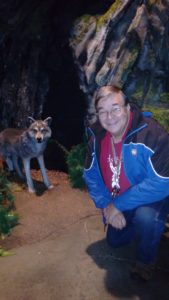 If this wolf could talk, what would it say? Well wolves have ways of communicating verbally with each other, but is that really talking?  It’s definitely communicating, but it has nothing to do with English.

The wolf in the picture won’t even howl. It’s a non-living display in a place called the Bear Hotel in Grants Pass, Oregon. Even if it were the real, loving famous OR-7 (as I jokingly claimed), it would be a poor prospect for learning to speak English.  But we do meet some animals in this episode that have been known to speak a few words of English. First, let’s watch Episode 77.

You can watch Episode 77 from archive.org. It’s an ad-free experience. Just click here to watch or even download the Animal Talk Episode.

You can watch this episode in segments of about 10 minutes by clicking below.

These will vary widely, according to the nature of the images and ideas discussed about animals.

Beginning with images taken by host John Letz, viewers watch various animals while hearing stories about the circumstances in which these pictures were taken. This introduces the focus on participating in a conversation group. Still images and video are shared as examples of materials that could be used to spark conversation in a group practicing oral English skills. Possible sources of English conversation groups are shared with viewers, as well as books that could be used in a book club about animals. A matching game is also introduced and shared.

Books and materials used in Episode 77

The pictures I took and the examples of magazine pages I shared are not available on this web page. Viewers can use animals pictures from themselves or from friends. Alternately, they can cut pictures out of old magazines for use in conversation groups.

Creatures of the Night from Scholastic books is available through he school market, but may be found in used book stores, Goodwill stores, or through schools. The ISBN is 0-439-68485-4. It’s written by David Cutts and illustrated by Jean Chandler. This book is part of Scholastic’s “I Can Rea About” series.

The fiction work Rascal by Sterling North is a favorite among children’s books, and holder of Newbury Honors. The ISBN is 0-590-44671-1.

The Animal Tracks guide is part of A Pocket Naturalist® Guide published by Waterford Press and used by permission. The ISBN is 978-58355-072-4. It’s available at nature stores, National Parks/Monuments gift shops, and other retailers.  Their website is www.waterfordpress.com.

The animal footage over music can be viewed by clicking here. 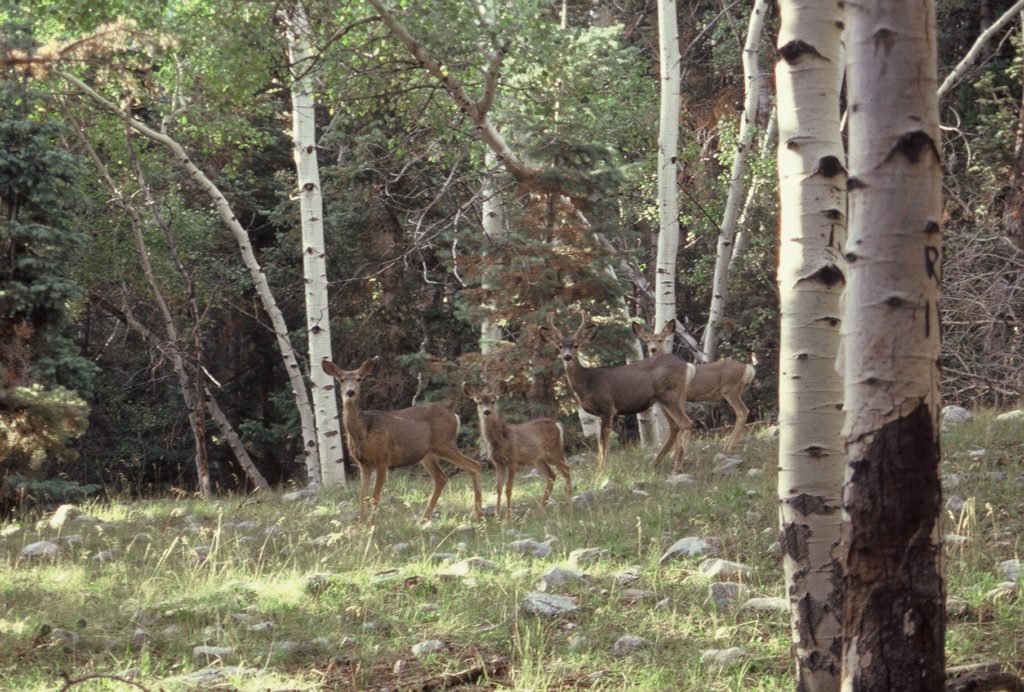 See the final episode in the unit on Animals. Click here to visit the Episode 78 page.